Nearly two years after the MTA resumed collecting fares on buses following a pandemic pause, close to one third of all passengers citywide are not paying for rides, agency data reveals, with more than half in The Bronx riding for free.

“I do it myself — it’s like ‘Follow the Leader,’” Wayne Murphy, 60, told THE CITY while waiting for a Bx15 bus at Third Avenue and Westchester Avenue in The Bronx. “You see Joe do it, then you follow the leader.”

The cash-strapped transit agency says it took a $57 million hit in the first three months of 2022 from lost fares on buses. Last week, the MTA unveiled plans to spend $10 million a year to add 77 inspectors on local buses to its currently 172-member “EAGLE Team,” a security unit that has traditionally checked for proof of payment on Select Bus Service routes, along with graffiti.

The MTA says that with full implementation of the OMNY fare payment system by 2024, the expanded EAGLE squad — which stands for Evasion And Graffiti Lawlessness Eradication — will be able to have inspectors validate payment on local bus routes and not only at the start of trips .

But MTA board member David Jones, who serves on the agency’s new “Fareness” panel that is studying ways to reduce fare evasion, doesn’t believe the additional bodies will be enough to address the depth of the problem.

“The EAGLE Team, even augmented, is very small,” he told THE CITY. “I don’t think they’re going to be able to cope with the numbers.”

Data from automated sensors that count the number of riders boarding buses shows over 40% fares on Staten Island buses were not collected from April through June, compared with about 30% fare evasion on Manhattan and Brooklyn buses and 15% on Queens routes.

Nowhere is fare evasion more pronounced than in The Bronx, where THE CITY spotted riders on multiple bus routes entering through back doors and walking past drivers without paying.

“I get it because many people don’t have money to pay the fare,” said Destiny Destra, 26, who was waiting for a bus on Third Avenue. “It hurts the MTA, but for us, [the fare] is a lot.”

On one Bx15 along Third Avenue Tuesday, five riders paid their fares at the front of the bus, while six did not. On a Bx19 along 149th Street, nine riders boarded the bus through the rear, while none entered at the front.

Transport Workers Union Local 100, which represents bus operators, says drivers face an increased risk of being assaulted if they try to enforce the fare.

“Routes with the highest incidents of fare evasion tend to have the highest incidents, assaults and abuse inflicted on operators,” Tony Utano, the president of TWU Local 100 told THE CITY. “A much greater police presence on buses, riding across precinct boundaries, would be a good start towards reducing assaults, which is our main concern.”

Some riders said the outrage and fare evasion stems from frustration over service.

“The service is so bad that people feel entitled to ride for free,” said Clara Gonzalez, 67, who was waiting for a Bx32 bus after her weekly visit to Lincoln Medical Center on East 149th Street. “When people see the bus doesn’t come quickly enough, they just ride for free.”

In March 2020, the MTA suspended fare collection on local bus routes and allowed riders to enter buses through rear doors in an effort to protect drivers from being exposed to COVID-19.

The free rides officially ended in late August 2020, while the MTA’s ridership, paying and not, is hovering around 60% of what it was prior to the pandemic.

Janno Lieber, the transit agency’s chairperson and CEO, has repeatedly said that riders who pay their fares tell the MTA that they feel “like they’re suckers” when other riders beat the fare on buses and trains.

And in the MTA’s latest round of financial uncertainty, concerns about missed revenue have surfaced again. The new efforts to curb fare evasion on buses and trains come as the MTA faces massive budget shortfalls, with the agency on pace to burn through billions in federal COVID relief funds earlier than projected, because ridership has not returned as forecast.

The $57 million loss to bus fare evasion in the first quarter of the year followed a $56 million loss in the last three months of 2021, according to the MTA. Those losses were the highest since April through June of 2019, when fare dodgers beat the transit agency for $60 million — although ridership was significantly higher.

Patrick Warren, the agency’s chief safety and security officer, said the MTA is looking at its “blue-ribbon panel” of civic, education and law enforcement leaders to address “the full range of factors contributing to fare evasion, and devising a menu of solution.” 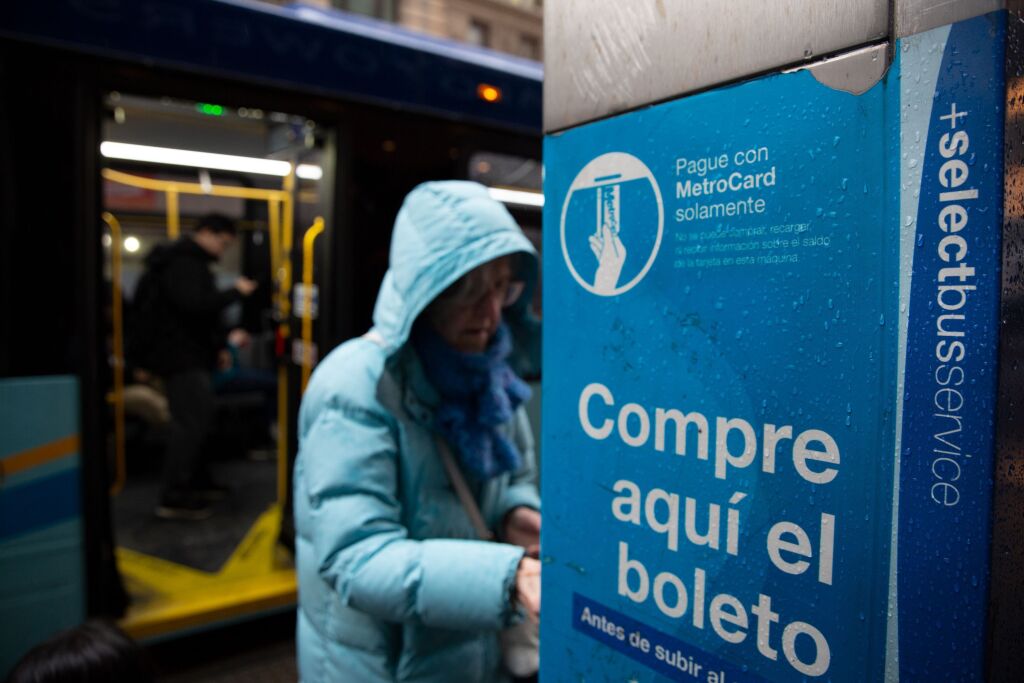 “In the meantime, MTAPD officers are prioritizing bus routes and stops experiencing the highest evasion rates, while the number of New York City Transit EAGLE team inspectors is substantially increasing to encourage riders to pay their fares,” he said in a statement to THE CITY .

Jones, the board member, suggested the MTA could cut into fare evasion by expanding the city’s “Fair Fares” program, which offers half-priced MetroCards to low-income New Yorkers.

More than 269,000 people have enrolled in the program, according to the Human Resources Administration, but Jones noted that figure is underwhelming.

“We think the number should be doubled in terms of people that should be eligible,” he said, citing calls from the MTA for the city to expand eligibility for the discounted-fares program, which requires participants to be at or below the federal poverty level.

Kate Slevin, another member of the “Fareness” panel, told THE CITY that the group hopes to deliver “useful guidance” to the MTA on how to reduce fare evasion.

“You don’t just want a strategy to be heavy on enforcement,” said Slevin, an executive vice president with the nonprofit Regional Plan Association. “You want to address the root causes.”