In 1970, Ortner Murray opened a cobbler shop on Northern Boulevard in Corona after teaching himself how to fix shoes.

Over the years, the shop went from just fixing heels to selling sneakers and other clothing, spurred on by Gerard, who as a high schooler in the 1980s developed a growing interest in fashion.

By the 1990s, with Von as an initial investor, the father-and-son duo launched the School of Hard Knocks clothing brand from the storefront on Northern, selling T-shirts and jerseys inspired by their love of Queens and emblazoned with its signature ” SOHK” and “Queens 7” tags.

The brand took off, becoming a beloved staple for a certain generation of people born in the borough, then branching out across the city and the world.

It started from the storefront in Corona, and ended up shipping orders across Europe and Asia. The designs were seen on rappers like NORE and Jay Z, and on episodes of the hit sitcom “Martin.”

Now his family’s brand and legacy will be honored in the neighborhood where it all began. On Saturday, the corner of 106th Street and Northern Boulevard will be renamed Ortner “Von” Murray Way to honor Murray, who died on April 6, 2020 of COVID-19 at age 81.

Over the five decades that the store was open, the elder Murray launched the Northern Boulevard Merchants Association to help other local businesses, hired neighborhood kids, and fed customers Caribbean food from his shop on the weekends.

The Murrays’ logo in the former Corona store.

A member of Community Board 3 first approached the Murray family to nominate their patriarch for a street naming over a year ago, the son said, and it’s taken months to finally get approval from the City Council. City Hall gave Von Murray Way the go-ahead last month.

“If you grew up in Queens, you knew about Von Murray and the School of Hard Knocks, specifically the classic, must-have ‘Queens 7’ line of gear,” Borough President Donovan Richards told THE CITY Thursday.

“From helping give Queens its identity to growing our sense of borough pride to contributing economically as a successful small business owner, Von is deeply missed,” he added.

“His dream started here in the early 70s,” Gerard Murray told THE CITY. “I don’t believe he ever thought he’d see his name hanging up there.”

From Cop to Must Cop

Von Murray was born in Trinidad & Tobago, the youngest of 12 children, and worked as a police detective before moving to New York in 1966, his son said.

His work in law enforcement helped land him an early job in security for the United Nations, and he spent a few years working in Jerusalem, including during the Six-Day War.

While he was overseas, other UN employees underscored for him that if he wanted to make it in the United States, he’d have to own his own home and his own business, Gerard Murray said.

When he returned, he and a brother launched the shoe repair business on Northern Boulevard. Murray bought the building, and moved his family upstairs.

In addition to repairing men’s and women’s shoes, he started selling tube socks and underwear because “people are always going to need underwear and socks,” he would tell his family, according to his son. 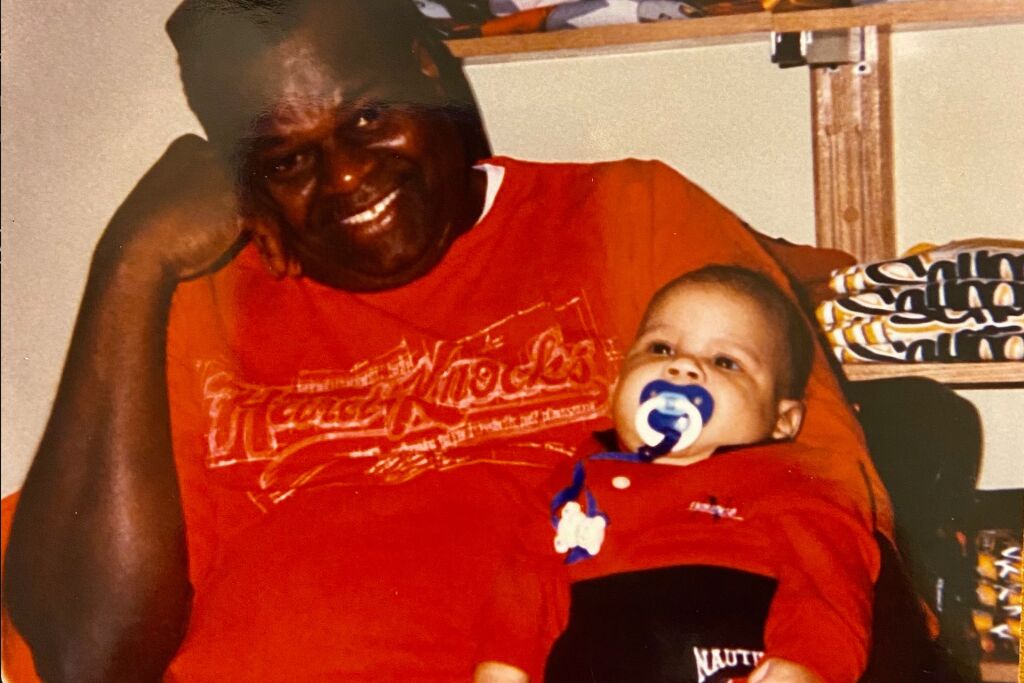 Courtesy of the Murray Family

“He used to work the business during the day, and at TWA for the airport at night,” Gerald said. “As I got older I felt more responsible to help him out.”

When the younger Murray got to high school, he became more interested in sneakers and street clothing—which at the time was defined by the burgeoning hip-hop scene.

He told his dad they should sell sneakers in the family’s shop. His father agreed, and tasked his son with finding out where to get them.

They went to Delancey Street, then the hub of sneakers and clothing, and met with wholesalers. They later became the first Black business owners in the country to have a license to sell Nike products in their store, according to the family.

In the 1990s, the rise of collegiate gear — such as Starter and varsity jackets — sparked the School of Hard Knocks brand, Murray said.

At the time, he was selling jackets for Georgetown University and University of North Carolina but he realized, “the people I didn’t know go there.”

“They went to the school of hard knocks,” Gerard Murray said.

When he started putting the names of local businesses, disc-jockeys and celebrities from Queens on the shirts “our phones started ringing, it was like an explosion.”

“When I started the shirt my target audience was 16-25 Black male,” he said. But soon people from all over, and of every race and ethnicity, came in wanting shirts.

“Queens is the most diverse borough, and it really changed things.”

‘They Were the Kings’

Although Von’s closed in 2012, the Queens 7 brand – and the Murray family’s entrepreneurial spirit – continues.

And thanks to social media, there continues to be demand for the shirts and apparel. On the fliers for the street renaming, which kicks off at 1 pm Saturday, the Murrays encouraged everyone to wear their favorite SOHK t-shirt. 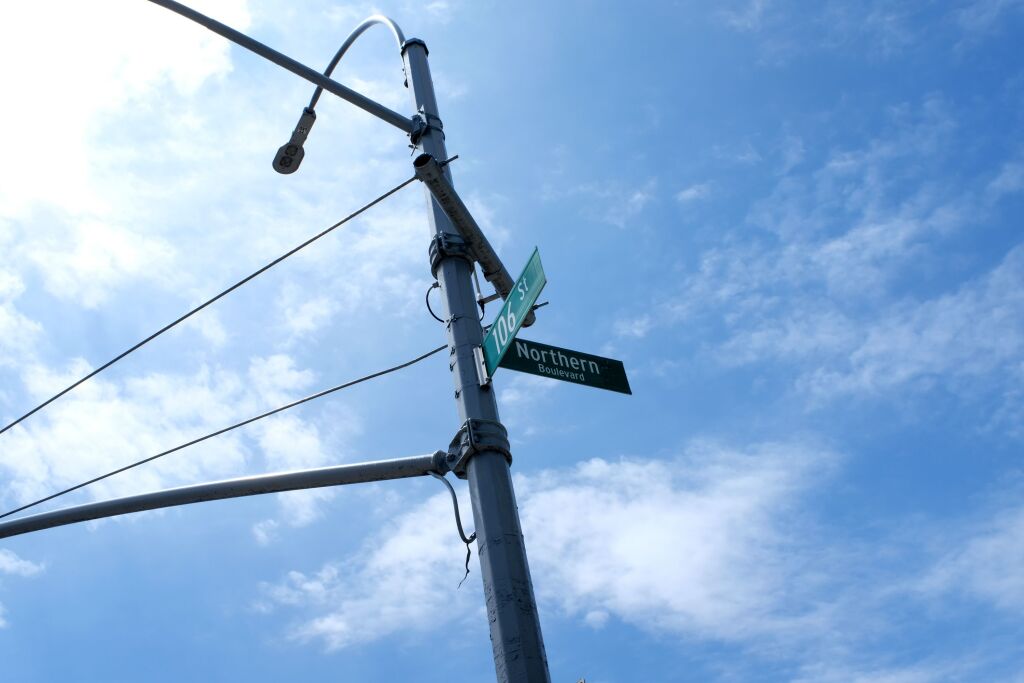 The intersection of 106th Street and Northern Boulevard will be named after Ortner “Von” Murray.

Mikki Azarcon, a barber and the founder of the Queens Finest brand, told THE CITY he was initially reluctant to start selling his own Queens T-shirts out of respect for the SOHK and Queens 7 brand.

“Their shirts were everywhere,” he said, “from regular kids on the street to rappers and actors on TV.”

A few years ago he collaborated with Murray to re-launch the shirts on its 25th anniversary, and now sells them from his shop. He wants to ensure they get the respect he feels they deserve as one of the first to represent Queens in streetwear.

“They were the kings.”