A Brooklyn pastor robbed at gunpoint of his pricey jewelry lashed out at the media on Friday for digging into his criminal and financial history in the wake of the traumatic incident — even as he declined to answer questions about people who say he owes them money.

They include not only a parishioner who alleges in a pending lawsuit that Whitehead bilked her of her life savings, but also the developers who sold him his $1.6 million house in New Jersey — who won a court judgment against Whitehead last year for more than $335,000 that still has not been paid.

Bishop Lamor Whitehead said he was looking for more empathy after three gun-toting robbers entered his Canarsie church during his sermon on Sunday, where he said they pointed guns at his head and at the head of his 8-month-old daughter.

The three masked men, clad in black, allegedly robbed Whitehead and his wife of hundreds of thousands of dollars in jewelry — though he insisted reports that the items were valued at $1 million were false.

At one point, tears streaked down Whitehead’s face as he described the helplessness he felt over his inability to protect his family and his parishioners.

“I was looking at my daughter with a gun…in her face. Eight months old,” said Whitehead. “And daddy could not save her, because if I moved, a lot of lives could have been gone.”

He urged that pastors, including those with criminal records, be allowed to legally carry firearms for self-protection.

And without naming any news outlets, Whitehead also said probing into his finances reeked of racism.

“Why do we always gotta tear Black men down?” he asked, adding: “As soon as a Black man has a tailored suit, he’s a criminal.”

On Thursday, THE CITY reported that Whitehead is the target of a lawsuit filed last year by former parishioner Pauline Anderson, who claims that he convinced her to put $90,000 of her retirement savings into one of his firms. The funds transfer was so he could help her buy and renovate a home, despite her bad credit history, the court papers say.

The lawsuit, filed in Brooklyn Supreme Court, alleges Whitehead failed to make monthly living allowance payments of $100 to Anderson in early 2021, and didn’t provide any updates on the search for her house. He claimed he was too busy because he was campaigning at the time for Brooklyn borough president, the lawsuit alleges.

In a text message submitted as an exhibit in the case, Whitehead allegedly told Anderson that he considered money paid to him a “donation” unless it’s attached to a contract.

“I was making investments that’s what I do!” Whitehead allegedly texted, according to the court papers.

Whitehead at his Friday press conference.

Asked Friday whether he did what’s alleged in that case, Whitehead said he couldn’t talk about it — but he called the claims “fictitious.” Whitehead has not filed any response in the lawsuit.

He also noted that he had “gained a victory” in the case, without specifying what it was.

On Friday, a judge denied Anderson’s bid to secure a default judgment against Whitehead, a Kings County Supreme Court record shows — meaning the case will continue instead of being immediately decided against Whitehead.

Whitehead, who has shared a close relationship with Mayor Eric Adams, also owes more than $260,000 stemming from a 2009 Manhattan Supreme Court judgment over an unpaid personal loan also tied to a home purchase, according to the plaintiff’s lawyer.

He served five years in Sing Sing prison after being convicted in April 2008 of multiple counts of identity theft and grand larceny.

A 2006 search warrant of his New Jersey home shortly after his arrest uncovered a stolen 9mm handgun and a bullet proof vest, according to a report in The New York Post at the time.

When THE CITY visited Whitehead’s home in Paramus, NJ, earlier this week, a notice of default on a $4.5 million mortgage for properties in Hartford, Conn., was taped to the front door.

New Jersey court and property records show that the Paramus home itself is tied to yet another ongoing effort to collect on a debt. 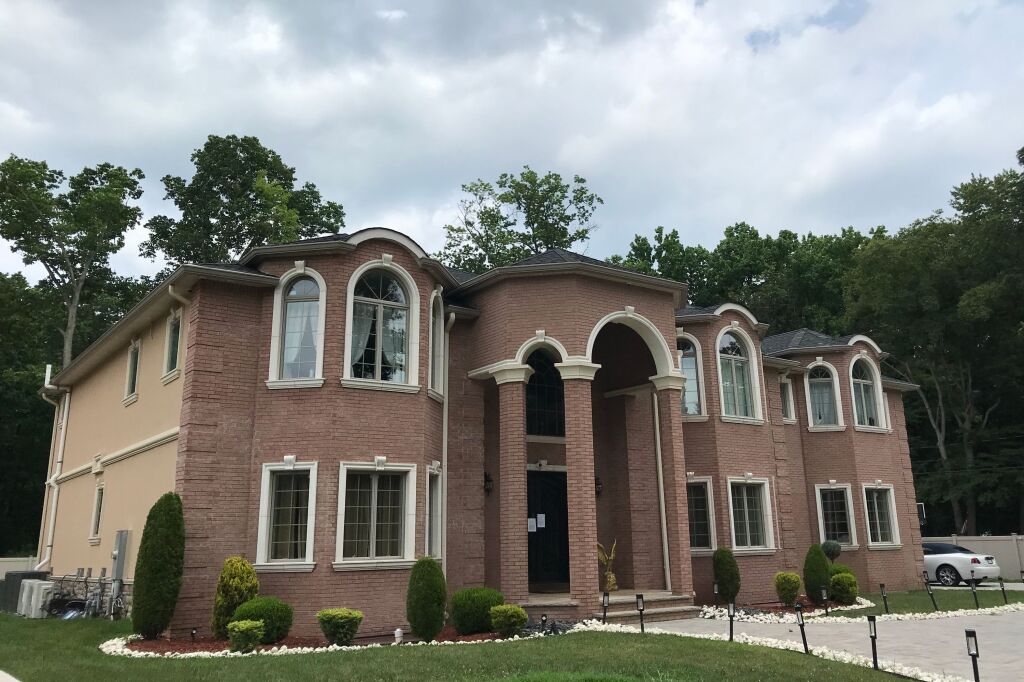 In May 2021, a judge in Bergen County Superior Court approved a judgment against Whitehead for more than $335,000, after a family-owned development business based in Hackensack sued over what it alleged was money he owed them in connection with their 2019 sale to Whitehead of the $1.6 million new home.

The lawsuit filed in November 2020 by Associated Construction USA alleges that Whitehead “fraudulently persuaded” the New Jersey-based company to issue him a short-term loan of $126,000 and to accept a business check for $164,000.

The check bounced, and Whitehead failed to pay his debts in the months that followed, the plaintiffs alleged in their court complaint, in a case to which Whitehead never responded. New Jersey debt records indicate that Whitehead has still not paid back the company.

The attorney who filed the complaint on behalf of Associated Construction, and individuals named on Whitehead’s deed as company executives, did not respond to requests for comment.

Whitehead’s attorney declined to answer questions about the New Jersey construction firm ahead of publication and said he is not commenting on litigation matters.

At the press conference, Whitehead praised the response to the robbery of NYPD personnel — whom he said had been checking on him every day since.

Among the people who have also offered support to Whitehead since the robbery on Sunday was Adams, according to Whitehead.

He said the two spoke sometime between Thursday and Friday.

“He just encouraged me to keep my head strong,” said Whitehead.